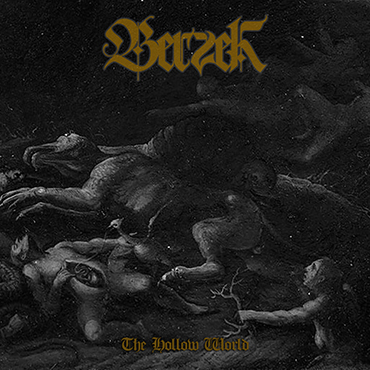 Very proud to announce that Algerian black metal band BERZEK has joined UKEM Records for the release of their debut album ‘The Hollow World’.
This is the first time the label has put out a release dedicated to an overseas band only. Being a one-man band, ‘Havoc’ has performed all aspects of this album and has truly shown what a fantastic black metal musician he really is!

‘The Hollow World’ features six anthems that spawn’s destruction over 38 minutes and shows a true contempt for everyone and everything! Release is set for early 2020 and will be a double tape release (plus world-wide digital) with UK and Algerian tape editions, both featuring different artwork. Plans are in place to have both versions in one fantastic limited-edition box set with extras!

Check out the title track ‘The Hollow World’

Let us know what you think of the track, it would be great to get some feedback on the label’s first ever unique non-uk release!