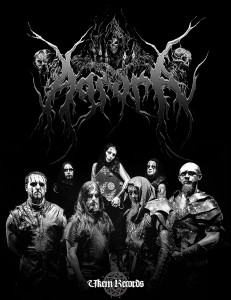 UKEM Records are very pleased to announce the signing of Welsh black metal band Agrona! Formed in 2014, the band has quickly proven themselves to be a leading force in the UK Black Metal scene culminating in the bands 2016 appearance at Bloodstock Open Air after winning the Metal To The Masses competition.
In 2017, Agrona entered Woodcroft Audio Studios to record their Debut full length album which features 50 minutes of blackened metal savagery. Entitled “Realm of The Fallen”, UKEM Records will release this opus both on cd and digital platforms (release date TBC). For a taste of what to expect visit: https://soundcloud.com/ukem-records/agrona-apotheosis 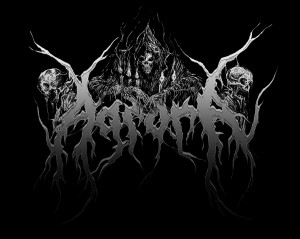 Please welcome the band to the label by heading over to the bands facebook page and hit the like button: https://www.facebook.com/agronaband/

Fans of Dark Funeral, Emperor, Dimmu Borgir etc should really enjoy their debut full length offering!
In the coming weeks and months we will be revealing the full track-listing, cover art for “Realm of The Fallen” as well as a brand new music video. This is also another first for the label, Agrona being the first Welsh extreme metal band to join the roster.