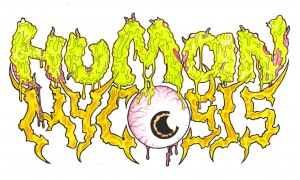 Having heard the band’s debut e.p. ‘Scattsville’, I knew it was a band that would sit very well on the label’s roster, but it was their appearance at this year’s ‘UKEM: Disciples of Extremity’ all-dayer that really affirmed my determination to have them on the label, having put in an absolutely punishing and devastating performance, gaining praise from many in attendance that day. The band has honed their live performances supporting the likes of Unfathomable Ruination, Desecration, Inebrious Incarnate, Warpath, Monolithian, Warcrab and Ascaris.

We are set to release the band’s second (as yet untitled) e.p. later in 2017. For a taste of what you can can expect, head over and take a listen to the song ‘Foaming At The Muff’ from their debut release: HERE

New Death metal finally back on the label – feels very good! Hopefully everyone else thinks the same!!!