UKEM Records are extremely pleased to announced that renowned UK black metal band Reign Of Erebus are back and has joined the roster!! 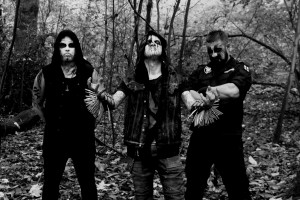 A statement from the band reads as follows;
“After a 10 year absence U.K. Black metal band Reign of Erebus are back! Founding member and vocalist/bassist Cthonian has picked up the “reign’s” once again and is now working on a set with new members (the new line up in this unholy trinity is Cthonian on vocals/bass, Cinis on guitar and Shaun ‘Chaotic’ Black on drums). As well as songs from both the bands critically acclaimed albums ‘Humanracist and ‘The Inversion Principle’ the new line up is also working on new material which closely follows the ethos of the pure black metal rage that the band emanated a decade ago”.

It is this new material that UKEM Records are set to release, featuring five or six tracks on an as yet untitled ‘come back’ e.p. A Summer 2016 release is anticipated, in both digi-pack and digital formats. Very exciting news for both the band and the label!

To Celebrate this union we will also be releasing the exclusive ‘Coat of Arms’ short sleeve shirt – pre-order information will be available soon! 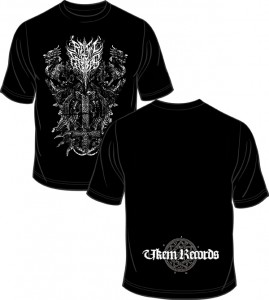 A new age of black metal is upon us!