In another first for the label, we are very pleased to announce that we have signed a thrash band! Please welcome to the UKEM roster Mörti Viventi, a one man thrash metal tyrant based in Lincolnshire. The band has recently released his debut album, THE DAY THE DEAD RETURNED, on-line digitally and it has received an overwhelmingly positive response, receiving great reviews. 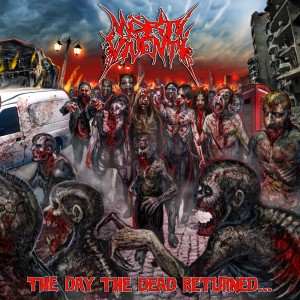 We are set to release this fantastic album on cd in early 2015! Thrash metal that incorporates some elements of death metal with some slight leanings towards industrial metal, THE DAY THE DEAD RETURNED is a powerful album that is going to set the UK trash metal scene alight!

Join me in welcoming the band to the label and head over to the bands page and give them a like at: https://www.facebook.com/mortiviventiuk/info