We are very pleased to announce that the newest addition to the UKEM roster is old school death/doom band CONSECRATION. An album deal has been agreed and we are set to release the band’s debut album ‘Ephemerality’ (meaning ‘a short lived transitory’) in the first half of 2015. As the band’s music and lyrics suggest, they deal with death (in its numerous guises) from various perspectives such as suicide, spirits and the afterlife, possession and grief, etc. 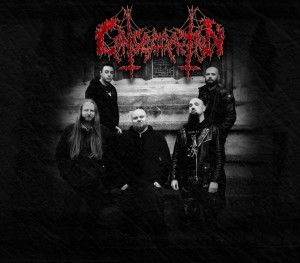 Definitely one for fans of My Dying Bride, Esoteric, Paradise Lost, Anathema, Bolt Thrower and Asphyx. CONSECRATION is an excellent addition to the label and we are really looking forward to working with them! Show your support and welcome the band to UKEM by heading over to their page here: https://www.facebook.com/Consecration666