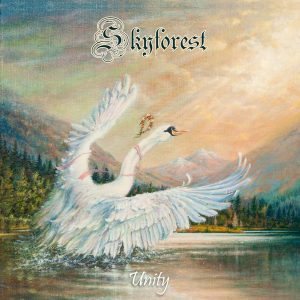 Like a raging juggernaut in motion, MONUMENT OF MISANTHROPY are simply unstoppable and are here to decimate everything in their path. Armed with a new lineup which includes two new guitarists including one of DE PROFUNDIS fame, a new bassist, and the drummer of PUTRIDITY, their sound is more powerful and well-rounded than ever before. Despite being incredibly heavy, there is more to their music than the body would suggest – the songwriting is intricate and layered, with there being several patterns that would belie the sheer heft of their music. The vocal performance too is among the best in the style – Georg, in addition to having a terrifying voice and an insane range, delivers in a rapid-fire method that is downright intimidating. It all coalesces together perfectly and elevates them above the expected stylistic confines of brutal death metal as a genre, while meeting every requirement and surpassing them too with aplomb. This is brutal death metal that’s not only devastatingly heavy, fast and crushing, but also has songwriting that attempts to transcend the brutality and keep things interesting, varied and engaging throughout. With ‘Unterweger’ being a concept album based on the shocking life of the transatlantic serial killer Jack Unterweger, it’s all the more effective as the band’s able to convey the horror in their own palpable, hard-hitting and memorable manner.